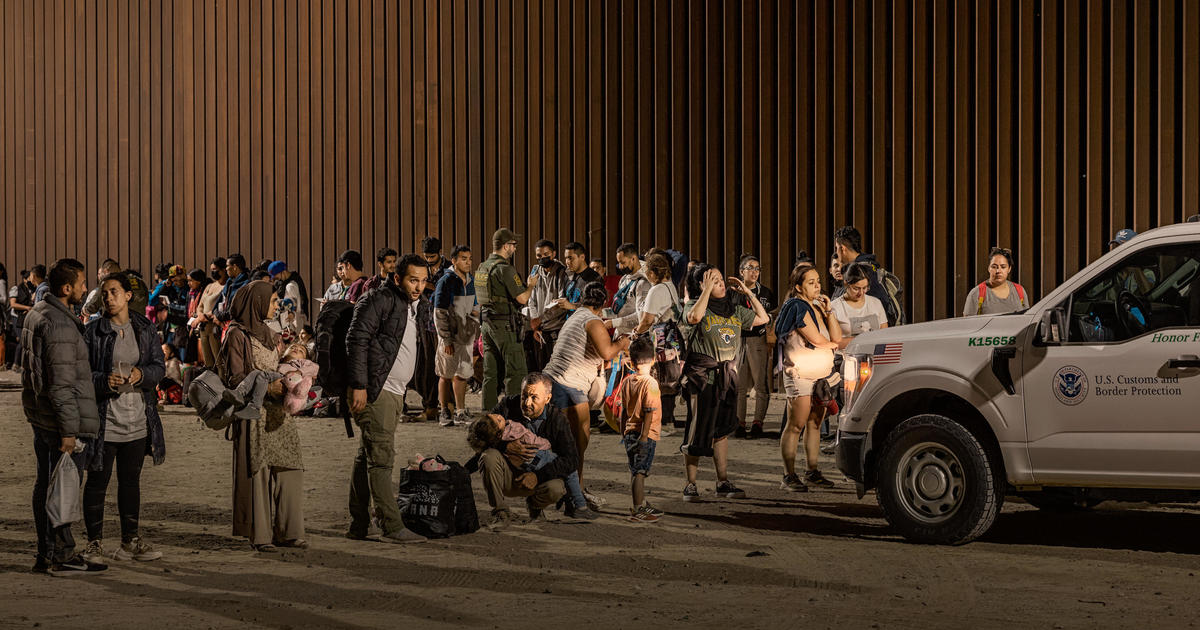 The number of migrants reported along the US-Mexico border in fiscal year 2022 surpassed 2 million in August, a record driven in part by unprecedented levels of migration from Cuba, Venezuela and Nicaragua. government data published Monday.

Migrant encounters along US southern border rose slightly to 203,598 last month, then reversed downward trend registered in the past two months, according to the data from the Customs and Border Protection (CBP).

The number included 181,160 detentions by border police of migrants who entered the US illegally, much the same as in July, as well as 22,437 migrants and asylum seekers processed at official ports of entry, a slight increase from the previous month.

With a month to go, CBP officials stationed along the Mexican border processed migrants more than 2.1 million times in fiscal year 2022, a number much higher than the previous record in fiscal year 2021, when the agency registered 1.7 million migrant encounters.

However, a million of the encounters CBP has recorded this fiscal year have resulted in migrants being swiftly expelled to northern Mexico or their homeland under Title 42, a coronavirus-era order blocking entry into the U.S. asylum system. , according to the CBP statistics.

The number of unprecedented encounters has also been inflated by a significant number of migrants attempting to enter the US multiple times – and counted multiple times – following their deportation to Mexico under Title 42, which contains no criminal or immigration sanctions, unlike traditional deportations.

In August, nearly a quarter of all encounters with migrants involved persons detained by US border authorities in the past year, the CBP said Monday.

One of the main factors fueling the high level of migrant detentions under President Biden over the past year has been the arrival of tens of thousands of migrants from Venezuela, Cuba and Nicaragua, who have traveled in record numbers to the US border in recent months.

In August, migrants from Venezuela, Cuba and Nicaragua made up more than a third of all detentions at the border. Their arrival is part of a wider, unprecedented surge in migration from outside Mexico, Guatemala, Honduras and El Salvador, whose citizens were responsible for the vast majority of migrants processed by US border officials before the COVID-19 pandemic.

More than 25,000 Venezuelans were taken into custody at the US border in August, a monthly record, making Venezuela the second largest source of migrants to the southern border, behind Mexico.

Nearly 7 million Venezuelans have fled their homelands as part of the worst displacement crisis in the western hemisphere, according to the United Nations. While many settled in other South American countries such as Colombia, Venezuelans have crossed the Darien Gap, Panama’s roadless jungle, through the Darien Gap, Panama’s roadless jungle, in record numbers in the past month. government data show.

CBP officials along the US-Mexico border also processed more than 19,000 Cubans and nearly 12,000 Nicaraguans in August.

Unlike Mexicans and most Central Americans, the US generally cannot deport Venezuelans, Cubans, and Nicaraguans to Mexico or their home countries because of restrictions imposed by Mexico and tense diplomatic relations with the authoritarian governments in Cuba, Venezuela and Nicaragua. As a result, most migrants from these countries are processed and then released so that they can continue their asylum cases in the US

The Biden administration has attributed the mass exodus from Cuba, Venezuela and Nicaragua to the policies of their leftist regimes and the appalling economic conditions many people face there.

“Failing communist regimes in Venezuela, Nicaragua and Cuba are fueling another wave of migration across the Western Hemisphere, including the recent increase in encounters on the US southwestern border,” CBP Commissioner Chris Magnus said in a statement Monday.

This year’s unprecedented wave of migration has presented formidable operational and humanitarian challenges for the Biden administration, which took office on a pledge to create a more humane immigration system, including through the reversal of several Trump-era hard border policies.

In El Paso, Texas, for example, US border officials have recently been forced to release hundreds of migrants in the city as the capacity of facilities in the city has been exhausted.

The record levels of border detentions have also become a political liability for the Biden administration, with Republicans in Congress and in governor’s mansions across the country accusing the government of being too lenient on migrants entering the country illegally.

The political showdown over border policy has intensified this month as efforts by Republican governors in Texas and Florida to transporting migrants to certain Democrat-run jurisdictions, including Washington, DC, New York, Chicago, and Martha’s Vineyard.

Texas Governor Greg Abbott and Florida Governor Rob DeSantis, both Republicans, have argued that jurisdictions with so-called “sanctuary” policies that limit cooperation with federal deportees are better equipped to accommodate migrants. They have also said the tactic is designed to pressure the government into adopting a tougher border policy.

But the Biden administration and Democrats have labeled the migrant transportation plan as inhumane, saying Republican-led states are dehumanizing asylum seekers for political gain.

One of the reasons the number of border clashes increased in August was the Biden government’s continued effort to improve the processing of asylum seekers at ports of entry, which experts say is preventing some migrants from entering the country illegally.

In August, U.S. officials admitted 15,906 asylum seekers deemed vulnerable to Title 42 under humanitarian exemptions at ports of entry along the southern border, a 37% increase from July, according to government data shared with a federal court.

Just over 130,000 detentions by the border police in August it involved lone migrants, half of whom were deported; 39,221 concerned parents and children traveling as a family, most of whom are released on a court order; and 11,013 involved unaccompanied minors, who were transferred to government shelters, according to CBP data.

While detentions of migrants have reached record levels under Biden, illegal border crossings have been widespread were higher in the early 2000s, when Border Patrol had fewer agents and technology to arrest individuals, including those trying to evade detection.

Camilo Montoya-Galves is an immigration reporter for CBS News. Based in Washington, he handles immigration policy and politics.