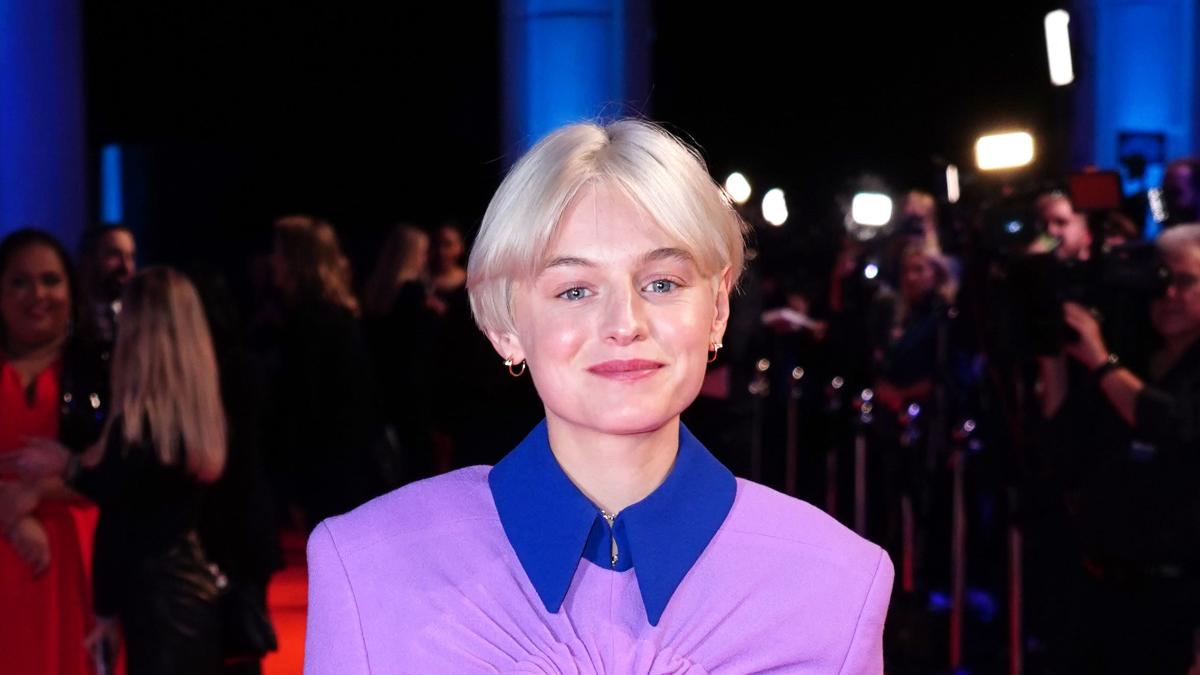 The actor, who identifies as non-binary and uses the she/they pronouns, said they didn’t believe the categories at current awards were “inclusive enough right now.”

Since giving the interview, Corrin shared a statement on Instagram saying, “If you reduce entire conversations to clickbait, not only is it offensive, but you run the risk of people stopping talking altogether.”

Corrin has won a Best Actress Golden Globe award for their performance as Princess Diana in series four of the hit Netflix drama and will star in two high-profile films this year, My Policeman and Lady Chatterley’s Lover.

Speaking to the BBC Today program about the possibility of gender-neutral categories at major awards shows, the 26-year-old said: “I hope for a future where that happens.

“I don’t think the categories are inclusive enough right now. It is about everyone feeling recognized and represented.”

The actor added that more representation was needed within entertainment industry roles to encourage “more urgency” to tackle the topic.

“When it comes to categories, do we need to specifically specify whether you’re being nominated for a female or a male role?” they said.

“As those parts emerge, which means more people and more actors playing those roles, I think there will be more urgency to answer these questions.”

The organizations behind the Baftas and Oscars have indicated that they are discussing the subject of gender-neutral categories.

Corrin has publicly identified as non-binary since 2021 and has publicly shared their journey with their gender identity on social media.

“Your gender identity has so much to do with how you feel and it’s tied to so much with how you want to be seen or seen by people and that can be very triggering or make you uncomfortable if you don’t feel like you’re being honest or correctly seen,” they told the BBC.

“I think it was necessary for me to be open and honest about it, because otherwise I would have felt that I was being misunderstood.”

Their comments come as they prepare to take the stage in an adaptation of Virginia Woolf’s novel Orlando, which was published in 1928 and explores gender identity.

They added that they were not worried that opening up about their gender identity would limit the kinds of roles they would get in the future.

“I would never sacrifice integrity or honesty because of work that I may or may not get,” they said.

“Being non-binary is in no way a rejection of femininity or my femininity. It’s kind of embracing that.

“I still want to play women. My experience on this earth has been a female experience — and now it’s kind of a very fluid experience.”

Since the interview, Corrin posted a lengthy statement on Instagram saying, “If you are interviewing me about my work and the topic of gender comes up, please respect and represent the integrity of my response in the context of the interview as a whole.

The full interview with Corrin will air on the Today Program on Friday, November 25.

Complete list of Republicans who voted against the interracial marriage bill