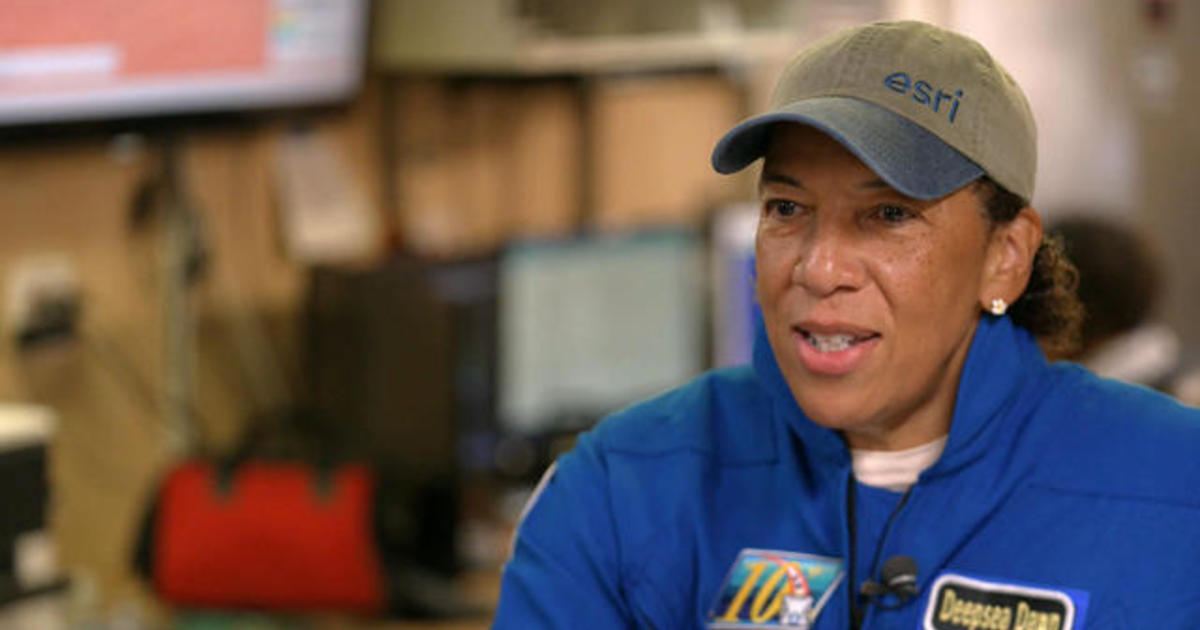 In the waters of the western Pacific, a blue sea surrounded oceanographer Dawn Wright, who was a little blue herself. Her mother died last December and wouldn’t be there to watch Wright rise to the challenge of reaching the deepest place on Earth.

Wright, a specialist in marine geology and geography at the Environmental Systems Research Institute, is the first person of any gender of African descent to go to Challenger Deep — the deepest known point of Earth’s seafloor.

Wright’s love for the ocean began in her home in Maui, Hawaii. She said she knew she wanted to be an oceanographer when she was eight.

“It was partially fueled by the Apollo 11 mission,” said Wright, nicknamed Deep-Sea Dawn. “If those men could land on the moon, I thought, ‘Well, why can’t I go the opposite direction and explore the oceans?'”

But in the 1970s and 1980s, there weren’t many oceanographers who were women — and fewer were black.

“I spent several years at sea as a maritime technician. And there were men on the ship I was on who didn’t believe that women should be there. … That’s the story, an age-old story. It’s still a problem,” she said.

But all that was overshadowed by her arrival in a place without judgment and prejudice—a journey that took her four times deeper than she had been before. On the bottom, she experienced more than 100,000 tons of pressure on the outside of her submarine.

Challenger Deep is seven miles below the surface and more than six times deeper than the Grand Canyon. It is almost three times as deep as the Titanic – and has only been seen by a few.

The reason why? It’s not sinking down that’s hard, but going back up without getting crushed. Only one manned vehicle in the world can do it: Limiting Factor, the brainchild of Texas adventurer and explorer Victor Vescovo. He financed the design and construction of the two-person submarine.

“If it can work here, it can work anywhere on the seafloor,” said Vescovo, who was on the deep-sea journey with Wright.

Ocean trenches are largely a watery black hole in terms of research, but they have a lot to tell us — like Earth’s response to climate change and how to better predict earthquakes and tsunamis.

Wright’s job was to bring back Challenger Deep’s first high-resolution mapping. Currently, less than a quarter of the global seafloor has been mapped “with sufficient detail,” she said. Last year, the United Nations pledged to change that and set a goal to map at least 80% of the seafloor by 2030.

But one of the best tools to do that is side-scan sonar, and usually the instruments can’t survive the harsh environment.

But this time, a first-of-its-kind side-scan sonar worked.

After 10 hours under the land of sunlight, Wright emerged and returned to the pitching deck of her research vessel, where the real work of analyzing her research had only just begun.