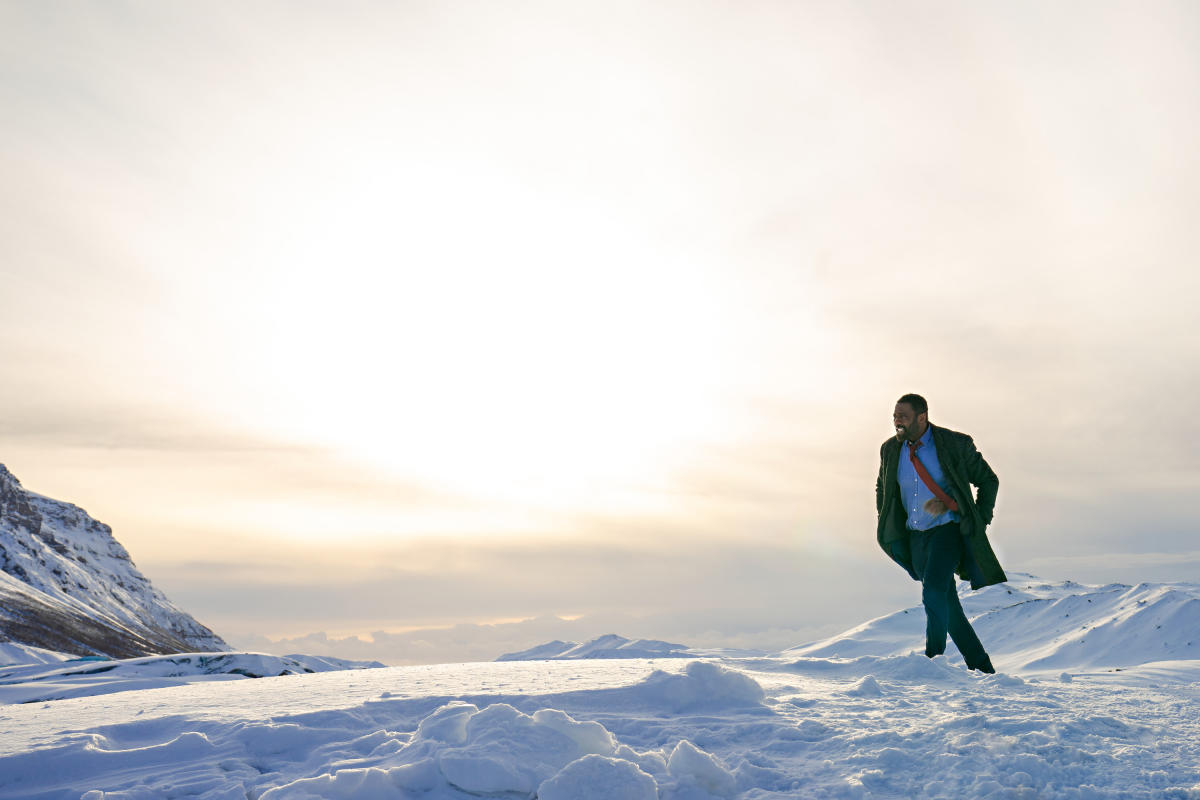 Luther trades the streets of London for a snowy mountain in first images for the new film.

The long-awaited film version of the hit BBC crime series is in the pipeline and most of the details are under wraps.

But the new footage suggests DCI John Luther (played by Idris Elba) could be outside his comfort zone.

The first shows the detective trekking through the snow, dressed in his well-known long coat.

And in the second, he’s in what looks like a train tunnel.

The psychological crime thriller started in 2010 and five series have appeared so far.

It has become a huge hit, earning Critics Choice, Golden Globes, and SAG awards for Elba, as well as Emmy nominations.

There was talk of a movie for a long time and in September last year Netflix confirmed it was on its way.

While the snow shot shows the detective in a new location, Elba suggested that in some ways the movie adaptation wouldn’t be too different from the small-screen version.

“It’s really dangerous when expanding from television to film to throw a lot of money at it and change the characteristics of the show at that point,” he said. Empire magazine.

The actor said he wanted to make sure that even though there was a bigger budget, they “didn’t distort the parameters of Lutherland too much”.

While he said the action and stakes would be amplified, he added: “But [series three’s] man-under-the-bed moment? That won’t cost you much money. Those moments are still intact.”

The film will also star Cynthia Erivo and Andy Serkis.

So far, the release date has not yet been announced.

Watch: Why Beast star Idris Elba is cool in a crisis

How to Quit Weed Cold Turkey