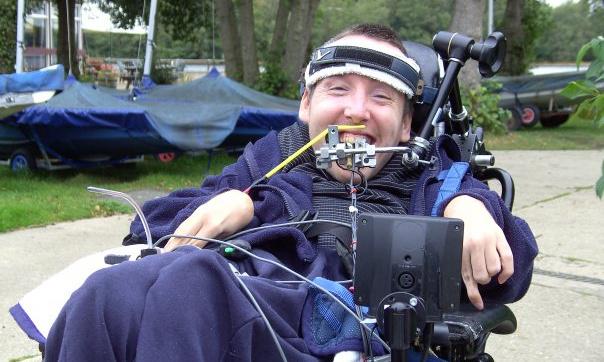 Severely disabled care home residents are being evicted in a series of disputes between one of the UK’s best-known charities and a number of local authorities who have accused the charity of refusing to pay skyrocketing healthcare costs.

In the latest sign of the UK’s deepening social care crisis, Leonard Cheshire said it had taken the drastic step of evicting vulnerable residents with complex disabilities because council financiers had refused to meet allowance increases that reflected rising costs of wages, energy and food.

The charity, which supports 3,000 people across 120 care services across the UK, said it had spent millions of pounds in recent years subsidizing care services underfunded by councils but could no longer afford to do so .

It said it had served 11 eviction notices for contracts negotiated without agreement since February. Two of these notices were withdrawn after the municipality subsequently agreed to pay increased fees. About 12 of the charity’s residents face eviction notices nationwide.

The threat of eviction has drawn attention to the unsustainable dependence of local government-funded disability care on multimillion-dollar grants from charities. This year, several charities funded staff pay increases from their own reserves to help retain workers and keep healthcare services viable.

Mencap, a learning disability charity, said it had not evicted any of its users because it generally did not own the properties they lived in, but it subsidized one in five of the state-funded care packages it receives. it offers, supporting 4,000 people. at a potential cost of millions to charity.

“Social care urgently needs long-term investment and we cannot continue like this,” said Jackie O’Sullivan, Mencap’s director of communications, advocacy and activism. “We rely on the good will of good people to keep the industry afloat and it is clear that the system is broken.”

A physically disabled resident of Leonard Cheshire said he felt caught in the middle of a game of hardball between the charity and his council funder after being told by the care home manager last month that he was about to be evicted from his home. become.

Keith Harris, 47, who is paralyzed from the neck down and requires 24-hour care, said he blamed the central government’s continued underfunding of social care for his predicament. “There must be an NHS level of funding for social care; it should also be treated as a national treasure,” he said.

Harris, an avid sailor who uses a tongue switch to operate his chair, computer and boat, said the 30-day notice of his eviction came out of nowhere last month from the managers of his Leonard Cheshire nursing home in Somerset.

He had been living in the house for over a year, after moving to be closer to his family, when he was told that the Bournemouth, Christchurch and Poole Council (BCP), which funds his £90,000 a year care package, was was refusing to pay the increased costs of his care.

He said: “There was no discussion with me about what I wanted or my needs. I was never part of the discussion and it had been going on for eight months without me.”

At the 11th hour, an agreement was reached between Leonard Cheshire and BCP and the threat of eviction was withdrawn. Harris believes this was due to pressure placed on the council by his family, who had lobbied vigorously local politicians, and an intervention by Harris’s local MP, James Heappey.

A BCP spokesman said: “We have been working with Leonard Cheshire for several months to agree higher fees for their services and were disappointed that they threatened eviction in this matter. However, we have reached an agreement with the provider on financing and have apologized to the family for the distress caused.”

The evictions are examples of the increasingly common phenomenon of “contract handbacks”, where health care providers stop providing a care service because they believe the level of municipal funding they receive no longer guarantees basic safety and quality standards. Nearly two-thirds of English councils have reported contract handbacks in their area this year.

While it is unlikely that evicted residents will become homeless – their council or NHS funder has a duty to provide alternative care – there are fears that moving will disrupt care for vulnerable users and cheaper alternative schemes will inevitably be of lower quality or will be based far away from their family support network.

Campaigners said the uncertainty and emotional pressure experienced by disabled, mentally retarded and autistic residents and their families as a result of eviction threats is unacceptable. Fazilet Hadi, head of policy at Disability Rights UK, said: “Keith’s story is a strong example of the high human costs borne by disabled people, as a direct result of the government’s continued failure to adequately fund social care.”

Leonard Cheshire said removing council-funded residents from its homes was a “last resort” but that it had no choice as its own financial viability was threatened by the failure of some local authorities to agree to increased fees. It said it would never end supporting residents without a viable alternative.

A spokesperson for the charity said the situation reflected years of chronic underinvestment in social care. “Councils urgently need more money from the government to avoid situations like this. Community providers are facing huge rising costs and as a charity they have simply been unable to subsidize placements,” he said.

Leonard Cheshire specializes in caring for people with physical and mental disabilities and autistic people. The residential care packages may require detailed round-the-clock care, often with multiple highly trained caregivers. The average package costs £85,000 a year, but can go up to £150,000.

The charity, founded by RAF hero Leonard Cheshire after World War II, said some councils had refused to accept fee increases despite unprecedented increases in the cost of staff wages, energy and fuel costs this year. An unnamed municipality has now effectively frozen all increases in contract values ​​for three consecutive years.

While health care providers cautiously acknowledge that councils act mostly in good faith and are severely constrained by financial pressures, they privately say a handful of authorities don’t. A municipality that refused to fund healthcare contracts with proper costs was described as “out of touch with reality”.

For years, Leonard Cheshire and many other major disability charities, including Mencap and United Response, have collectively supported specialist care services for millions of pounds to protect, they say, the quality of the services they provide.

A government spokesman said: “We have prioritized health and social care in the autumn statement, with up to £7.5bn available over the next two years to support social care for adults and improve access to care for the most vulnerable in our society – the largest funding increase in history.

“Our annual domestic recruitment campaign, Made With Care, encourages people to take up a career in adult social care and we are also investing £15m to increase international recruitment.”

Did you solve it? Puzzles for blockheads

Try to be reliable! Martin Lewis’s advice to MPs who want to restore confidence in politics