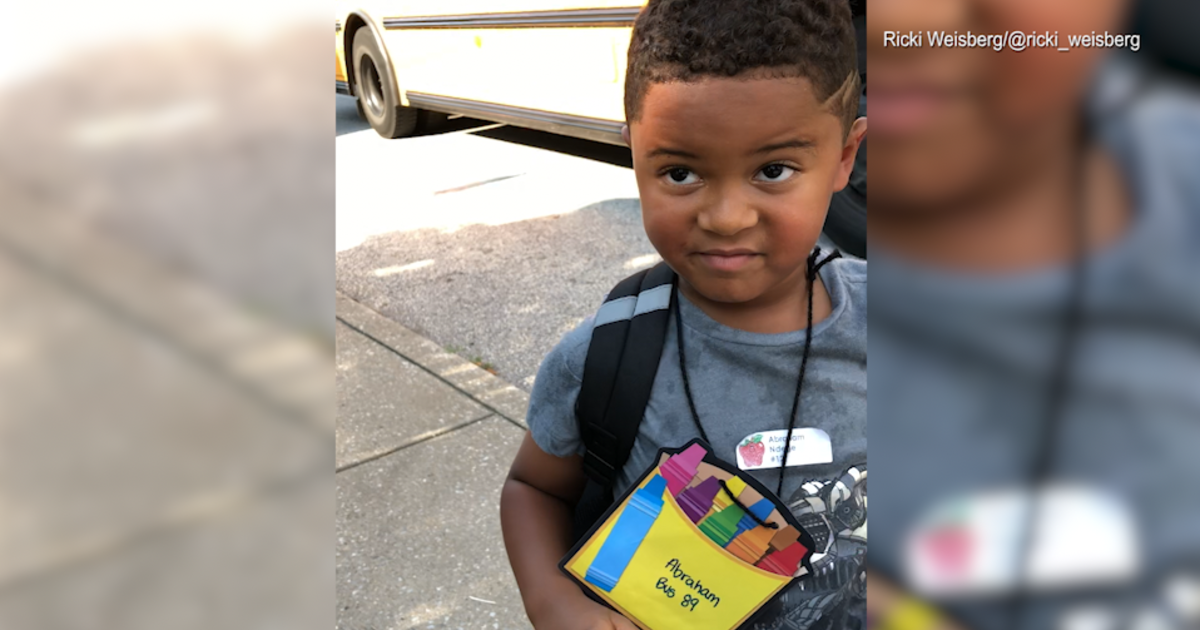 Many parents excitedly wait for their children to come home on the first day of school, expecting to hear all about how it went. On her son’s first day of kindergarten, Ricki Weisberg filmed him getting off the school bus, but got an unexpected review. “Awful sandwich, by the way,” Abe Ndege said to his mother with a straight face.

“Thanks for telling me,” Weisberg replied to her son.

Weisberg, who lives in Ardmore, Pennsylvania, captured her 5-year-old’s hilariously honest review on video four years ago and shares it on social media every year to mark the start of the school year.

But when she shared it this year, when Abe entered fourth grade, something different happened. “The difference that happened this year is that instead of just posting it to my friends on my Instagram feed or in my stories, I posted it on TikTok For the first time. And then TikTok did its thing and it really went viral,” Weisberg told CBS News.

The video has been viewed more than 15 million times on her TikTok page. Many commentators wondered: what was on that sandwich?

“I didn’t know I had to grab Abe a sandwich because in our city kindergarten is still half a day. So I thought the advantage of half a day is that I didn’t have to pack lunch for him. I was wrong,” Weisberg said. “We had nothing in the house, we can’t send peanut butter because of the kids with the peanut allergies. So I came up with the idea of ​​making a butter and jelly sandwich.”

READ  Heating and Electricity Bills Rise This Winter: "There's a Lot of Pain"

Abe said that when he got home from school that day, he let his mom try the sandwich for herself — and she agreed, it was awful. “I think the world knew this was a really terrible sandwich,” Weisberg laughed.

While the video was shot in 2018, Abe is now becoming famous for it, at the age of 10. “I’m definitely recognized at school. I’ve hired three bodyguards,” he said, explaining that his “bodyguards” are three friends. “I’m always running around with a snack, escaping crowds of kids.”

After getting so much attention for his unexpected review, Abe and his mom decided to turn the spotlight on others.

“We launched terriblesandwich.com as a way to raise money and raise awareness to fight childhood hunger,” Weisberg said. “It’s a cause that’s close to our hearts. And we wanted to use this little moment in the spotlight to give something back and try to do something good.”

Weisberg and her son will be selling merchandise with their now iconic lines: “Terrible bun” and “Thanks for letting me know.”

They are going to donate 50% of the money they earn to the nonprofit feeding Americawhich has a nationwide network of more than 200 food banks feeding more than 46 million people through food pantries, soup kitchens, shelters and other community-based agencies.

Abe went viral for saying what’s on his mind — and what’s on his mind these days isn’t terrible at all. “How I feel about this short time in fame, I don’t want everything to go to me. I want some of this funding for someone else. Like hundreds, thousands, millions, billions of hungry children around the world,” he said .

Caitlin O’Kane is a digital content producer who provides trending stories for CBS News and its good news brand, the elevation.