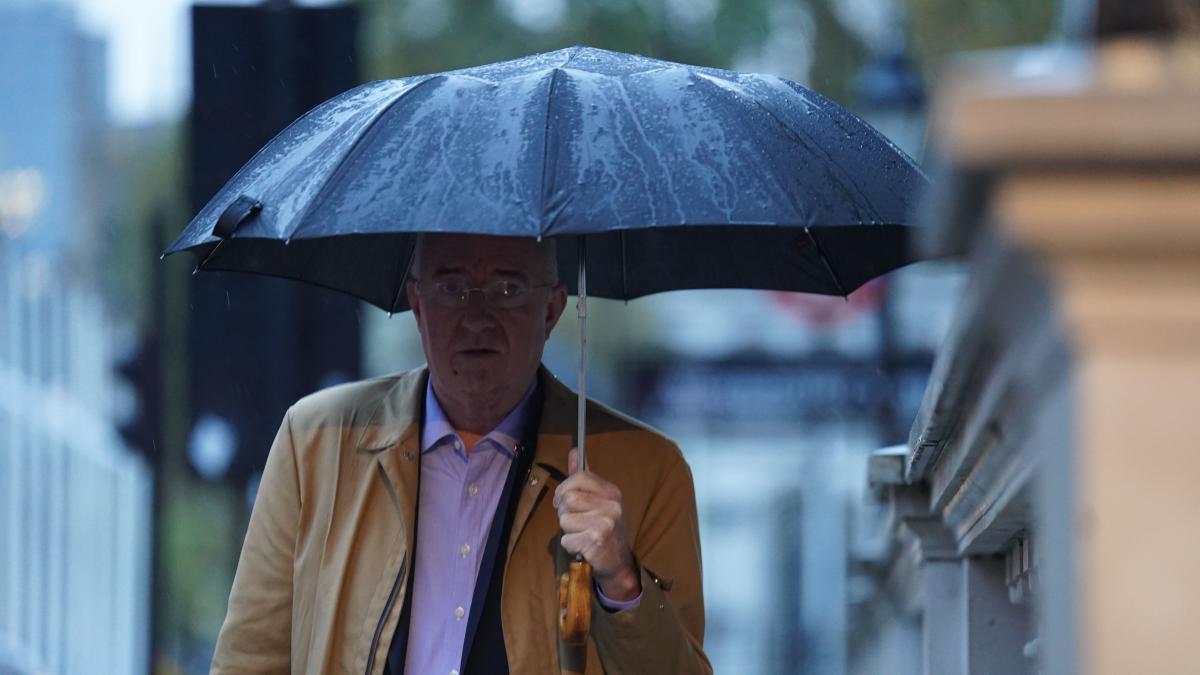 The Met Office has issued yellow weather warnings for parts of Wales, England and Scotland, with torrential downpours causing flooding on roads and extending travel times.

Flooding of homes and businesses is also possible.

The weather warnings come as train drivers from 11 companies, which belong to the Aslef union, go on strike in a long-running wage dispute.

Between 2pm Saturday and 3am Sunday, parts of South Wales and South West England will experience rain, sometimes heavy.

Cardiff, Swansea and Carmarthen in Wales, and Plymouth, Southampton and St Austell in England are among areas likely to be affected.

The Met Office said: “Rain is expected to form in South Wales and South West England on Saturday afternoon, slowly moving east to clear most areas by early Sunday morning.

“While the most sustained rain is expected over hills, periods of heavy rain are expected almost everywhere. Quite generally 15-25mm is expected, with 40-60mm of rain in places, particularly over hills in South Wales and South West England.

“Strong winds will accompany the rain, with gusts of 45-55 mph over hills and around coasts.”

From noon to midnight on Saturday, parts of Scotland including Perth and Sterling could also receive heavy rain.

The Met Office has warned that “heavy rainfall during this period could lead to some flooding and disruption to travel”.

It added: “The rain will become persistent and heavy in the warning area on Saturday afternoon and evening at times.

“Given the existing saturated soil, there is a risk of local flooding.”

Furthermore, the Met Office weather forecast for Sunday to Tuesday says: “Rain in England and Wales will clear slowly on Sunday, with stormy showers to follow north.

“The showers will disappear in the north on Monday and it will be dry in many areas on Tuesday.

Due to the planned strike, passengers have been urged to plan ahead and check before traveling all weekend.

Trains running will start later on Saturday morning and end much earlier than usual, with services typically running between 7:30am and 6:30pm on the day of the strike.