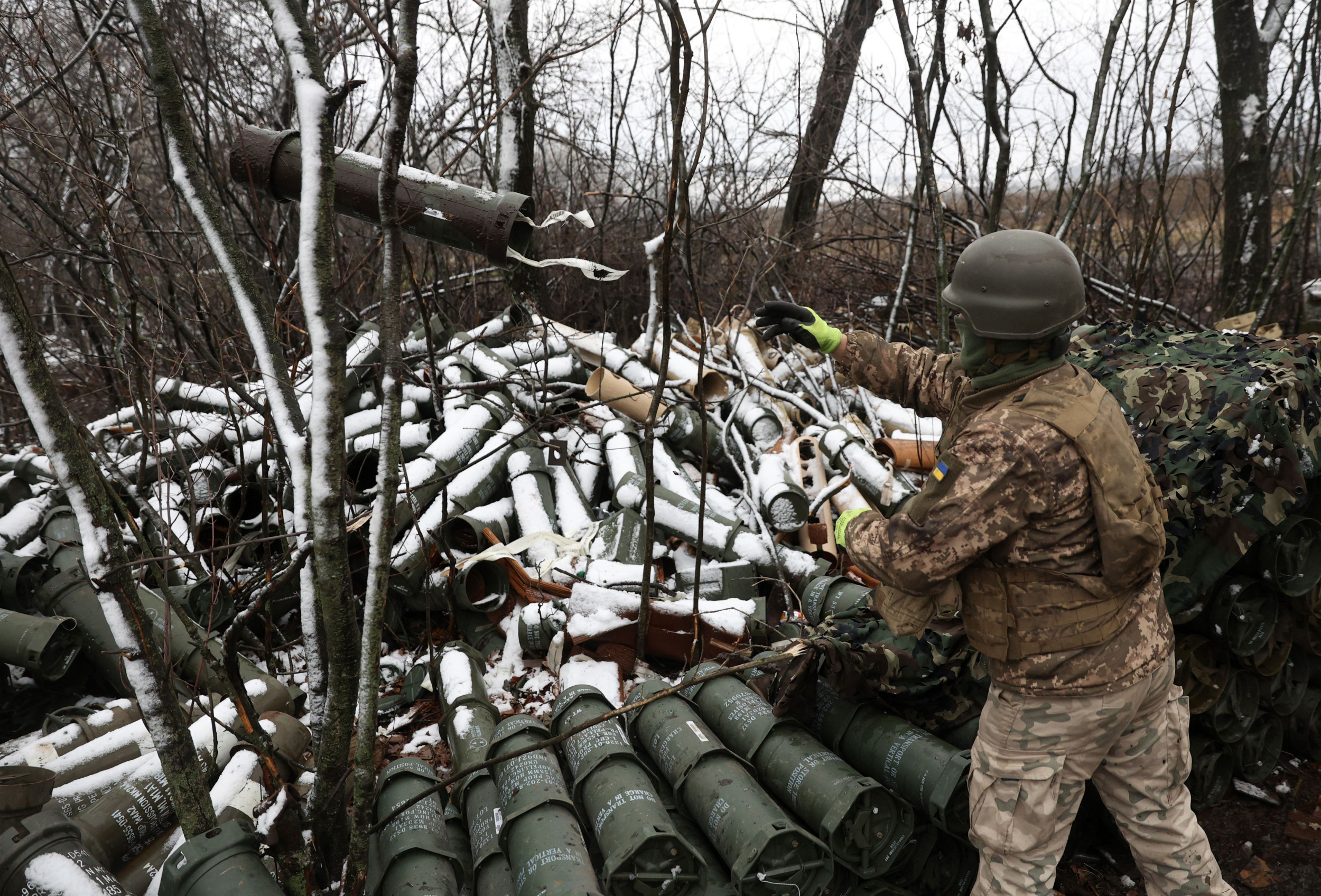 The US has cast doubts over whether Russia has enough artillery to sustain a full-scale invasion of Ukraine, with Moscow burning more ammunition than it can replenish.

On Wednesday, US Secretary of Defense Lloyd Austin told reporters that the Russians “struggled with logistics from the very beginning” of the war and “are still struggling with logistics today.” He added that they are “experiencing significant artillery ammunition shortages and are reaching out to Iran and North Korea to get help from them.”

The country’s ability to replace lost equipment has diminished significantly since the start of the war on Feb. 24, as Western sanctions have slowly eroded Russia’s ability to produce precision-guided weapons.

According to Austin, the Russian forces rely heavily on artillery, firing large numbers of rounds before maneuvering on the ground — an operation that requires a lot of ammunition.

“I’m not sure they have that kind of ammunition to support that in the future,” Austin said, adding that he is not sure Russia will be able to replace the lost ammunition any time soon.

“These kinds of claims have been made before – around April – and yet it seems there is no realistic estimate of how many missiles Russia has left,” said Marina Miron of the Department of Defense Studies at King’s College London. News week.

“For example, some reports claim that Russia was running out of missiles at the end of April and just recently – on November 23, 2022 – Ukrainian intelligence stated that Russia had used up 50 percent of its missiles.”

Miron added that while it is unclear how many missiles and how much ammunition Russia still has in its stockpiles, it is certain that “Russia has used a lot of missiles and artillery shells and will have to replenish its stockpiles, which may be much more difficult due to the existing sanctions .”

Unable to replenish its supplies domestically, “it might be wiser for Russia to buy cheaper munitions and missiles elsewhere,” Miron said. To this end, the Kremlin has contacted Iran and North Korea.

“While the exact number is not known how much artillery Russia is importing, it seems more important that other countries, such as Iran and North Korea, have both the willingness and the capacity to supply Russia with munitions, missiles and weapons. It seems more important that drones are faster than Russia can make their own drones; and most likely cheaper,” said Miron.

“So even if the imported ‘goods’ are inferior to those of Russian manufacture, it makes much more sense for Russia to import them anyway, as it cannot afford to completely exhaust its own stocks and manufacturing takes time and the requires purchase of other resources components such as microchips – in the case of missiles.

That said, the ‘special military operation’ in Ukraine may be less about precision – though Iran’s Fateh 110 and Zolfaghar offer precision – than about the ability to create a barrage of fire that would require a large amount of artillery shells Russia certainly did its cost-benefit analysis prior to those purchases. In addition, by partnering with Iran, Russia has the opportunity to outsource its own production there.”

Who is arming Russia?

At present, Iran and North Korea are the only two countries known to export weapons to Russia. Both are under international sanctions and North Korea is cut off from the global commercial system.

According to a declassified US intelligence report cited by the New York Times in early September, Russia buys millions of artillery shells and missiles from North Korea.

Iran, which recently supplied Moscow with hundreds of high-explosive drones and other guided munitions, is preparing to send an additional 1,000 weapons — including ballistic missiles and more attack drones — to Russia, CNN reported Nov. 1.

“For Iran and North Korea, this is not only a great opportunity to make money and test their equipment, but also to show their disapproval of the Western world,” Miron said.

“As for Russia’s dependence on these countries, the old aphorism applies here: ‘The enemy of my enemy is my friend.’ Russia’s behavior is also driven by geopolitical reasons, as well as economic and military ones. Building relationships with so-called ‘rogue states’ creates a counterweight to what Russia sees as Western domination of international relations.”

How long can Russia keep fighting?

“This will depend on how quickly Russia can achieve some of its military goals,” Miron said. “We have to distinguish between artillery shells used on the battlefield and rockets used to hit targets deep in Ukrainian territory.”

According to Miron, the use of missiles targeting Ukrainian cities could decrease once Russia completely destroys Ukraine’s power grid and logistics.

“At the moment, the outlook for Ukraine in that sense is bleak,” said Miron.

“As for artillery shells, Russia is counting on a long war and for that artillery shells will be indispensable given Russian tactics. While stocks may run out, Russia will ensure that they continue to be replenished.

“Domestic production has ramped up with factories running three shifts. In addition, Russia will try to buy everything indispensable to keep fighting abroad, as we have seen with drones and now missiles. So it would be unwise to extend the duration of measure production.” Russia’s involvement in Ukraine based on existing ammunition stockpiles. What is more important is Russia’s political will and internal dynamics. These will be the determining factors of Russia’s ability to fight.”

What is the Kevin Gaze? People can’t decide whether this trend is sexy or creepy