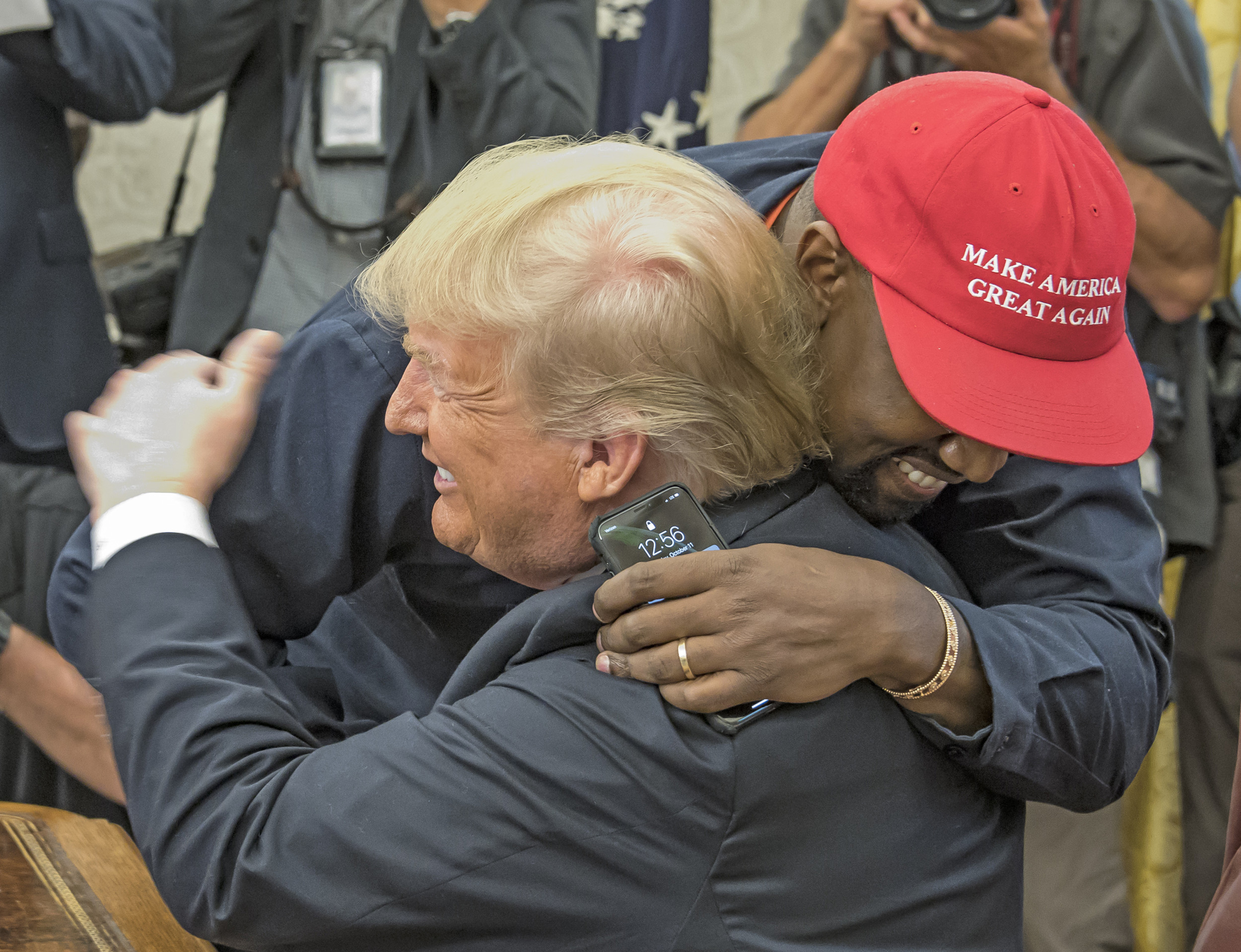 Kanye West and former President Donald Trump had a lot to talk about when he visited Trump’s Mar-a-Lago resort to discuss a possible 2024 campaign together, according to the iconic rapper.

On Thursday, West posted a video on Twitter of himself in a one-sided interview about his conversation with the former president. West said he visited Mar-a-Lago to ask Trump to be his presidential running mate for 2024. According to West, the two shared a range of topics of conversation, ranging from West claiming that far-right conservative Nick Fuentes was a “loyalist” to Trump’s pardon of former federal prisoner Alice Johnson.

The video is one of three cryptic messages West posted on Thanksgiving night to his newly re-established Twitter account.

At one point during the first video, West said Trump released Johnson for him instead of West’s ex-wife Kim Kardashian. Johnson is a former federal prisoner who was sentenced to life in prison without parole for her involvement with a cocaine trafficking organization. Kardashian, who shares four children with West, interfered in Johnson’s case in 2018 to persuade Trump to grant Johnson clemency, according to a HuffPost article. Trump pardoned Johnson in 2020.

“He goes into this story about everything he went through to get Alice Johnson out of jail and how he didn’t do it for Kim,” said West. “He did it for me.”

West added that Trump then insulted Kardashian and advised West to tell Kardashian what he said about her.

“I was like, that’s the mother of my kids,” West said.

Other topics of conversation, according to West, included Trump yelling at him that West would lose his presidential campaign.

The video has been viewed nearly 730,000 times. It’s uncertain when a meeting between the two at Mar-a-Lago took place, but West, now called Ye, teased the encounter in a Twitter poll he posted to his account on Tuesday.

“What do you think his reaction was when I asked him to be my running mate in 2024?” he Posted.

The video is one of three posted by West on Thanksgiving night with the caption #ye24, referencing the rapper’s recently announced 2024 presidential run.

The other videos include an October clip of conservative Fox News television personality Tucker Carlson speaking about the controversial “White Lives Matter” shirt West wore to a fashion show in Paris and a series of news clips about Adidas cutting ties with West and reports on his anti-Semitic remarks.

How the 2022 World Cup will affect soap opera schedules

The most random star couples of 2022

Install a smart plug to better automate your home