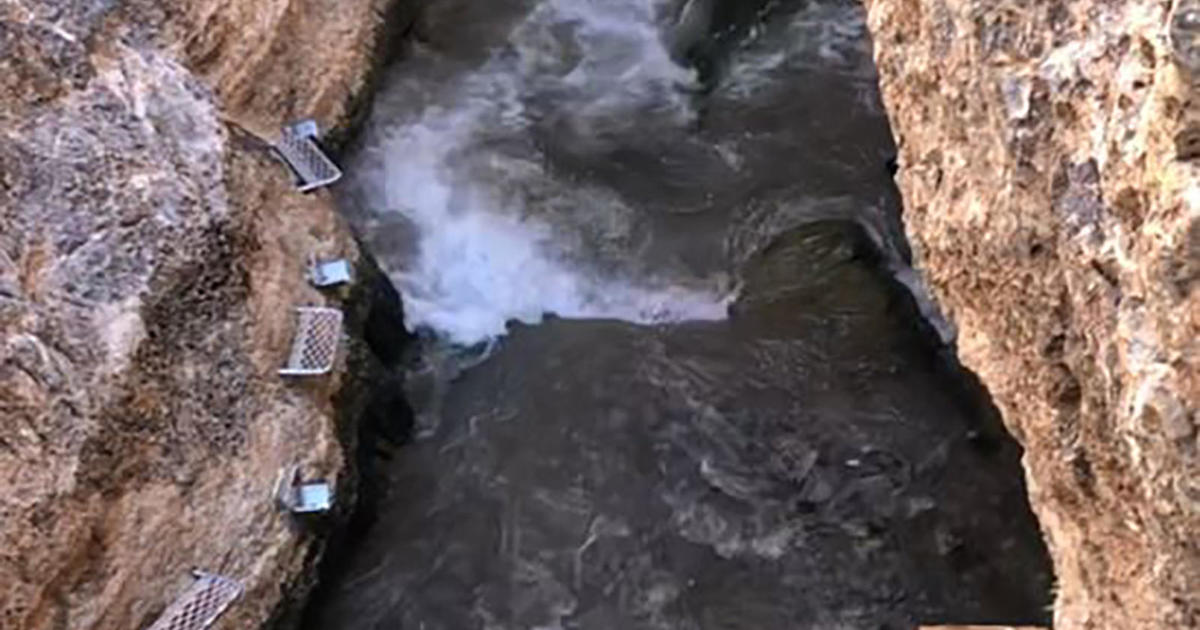 A earthquake with a magnitude of 7.6 Mexico’s Pacific coast rattled Monday, leaving at least two people dead in its wake. The impact of the quake extended 1,500 miles to the north, where four-foot waves began to swirl at a Death Valley cavern called Devils Hole, in what the National Park Service called a “surprising quirk of geology.”

Video film material of the phenomenon—technically known as a seiche, when sudden changes are observed in a lake or partially enclosed body of water—shows a bird’s-eye view of the cave as the initially still water erupts into a series of waves that swirl and crash intermittently over the course of a few minutes.

Devils Hole is a geothermal pool in a limestone cave, located in a portion of Death Valley near the Nevada-California border. The cave itself is hundreds of feet deep, as the park department noted in a press release explaining the “desert tsunami” recorded late Monday morning, but the relatively shallow water level is crucial for the endangered marine species called pupfish that live there.

The fish, whose natural population was just 175 earlier this year, feed on algae “growing on a shallow, sunlit shelf” in Devils Hole, according to the park service.

Because Monday’s seiche removed algae growing in the cave, the pupfish’s food supply will decrease in the short term. But Kevin Wilson, an aquatic ecologist with the federal agency, suggested the creatures could be resilient enough to withstand the temporary shift in their environment.

“The pupfish has survived several of these events in recent years,” Wilson said in a statement. “We didn’t find any dead fish after the waves stopped.” An annual count to count the pupfish in Devils Hole will take place next weekend, the park service said.

Monday’s earthquake was the first of two powerful vibrations that shocked Mexico this week. A second occurred further inland near the country’s capital, Mexico City, early Thursday. It was given a preliminary power of 6.8 and killed at least one person while swaying buildings.