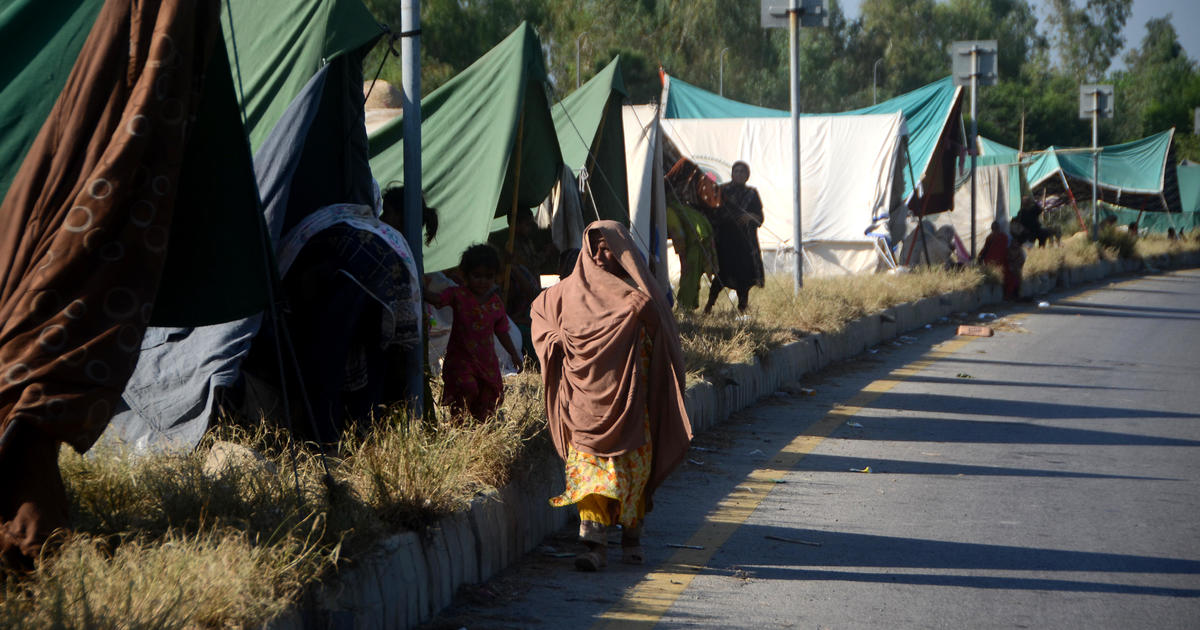 hurricanes devastate the Caribbean. Floods affect large parts of Pakistan under water. Drought continues to plague Africa and parts of the Middle East. And the changing weather patterns are driving tens of millions of people out of their homes – and more than 200 million people are expected to be displaced by climate-related disasters by 2050.

But a diverse group of leaders, thinkers and activists, including chef José Andrés, former cabinet secretaries Leon Panetta and Janet Napolitano, and several former presidents and mayors of major cities, will gather for the first time this week on the sidelines of the General Assembly of the United Nations. United Nations. Meeting in New York to try to force world leaders to think about how to tackle migration due to climate change.

“This is not a topic that governments like to entertain because they want to maintain the sovereignty of their borders. It’s a difficult conversation to have, but it’s one that if we want to be accountable for how we manage this large-scale flow of folks, we need to get on top of it,” said Marshall Fitz, immigration director for the Emerson Collective, which will help lead the new climate group.

Immigration policy remains one of the major unresolved policy challenges in the United States — an issue thrown back into the national conversation by Republican governors in recent days who have sent buses and planeloads of migrants to Washington and Massachusetts. Most people crossing the US-Mexico border come from all over Central and South America, forced to leave due to widespread political and economic struggles, but many are also fleeing rural farming areas where farming has become difficult due to drought or extreme weather. .

Climate-induced immigration “is fueling the fires of all the forces that have already brought migration to historic levels today,” Fitz said. “We see the greatest number of people on the move. The climate is an unwavering force that is going to make decisions where people are about to.”

Fitz said the group plans to meet on Tuesday to find out how it can force discussions on climate-driven immigration onto the global stage. The short-term goal is to get it on the agenda of the annual UN Climate Change Conference, which will take place in Cairo in November, or at least hold less formal meetings on the sidelines of the confab with leaders in attendance.

Marta Lucia Ramirez, Colombia’s former foreign minister, said she is joining the new council because it is “urgent to work together to find solutions at all levels of society, exercising responsible government leadership more effectively.”

Roberta Jacobson, the former US ambassador to Mexico who handled Western Hemisphere affairs for the Obama administration, said she is joining because the number of people forced to flee their homes because of climate change “will only increase, causing more pressure is coming on an international system that is already facing unprecedented numbers of displaced persons. We need bold action at the local, national, regional and international levels.”

And Andrés said his travels around the world leading his World Central Kitchen organization, which provides free meals to refugees and people displaced by natural disasters, have shown him “how climate change and catastrophic weather events have destroyed communities and damaged lives. have turned heads.”

“Our world needs real solutions to climate change that invest in local communities and build longer tables, not higher walls,” he said.

“We’re not going to have the kind of press campaign to put this on the international agenda without having some kind of blue-chip leaders who really show the breadth and depth of the interest in solutions here,” Fitz said.

Ed O’Keefe is a senior White House and political correspondent for CBS News, based in Washington, D.C.