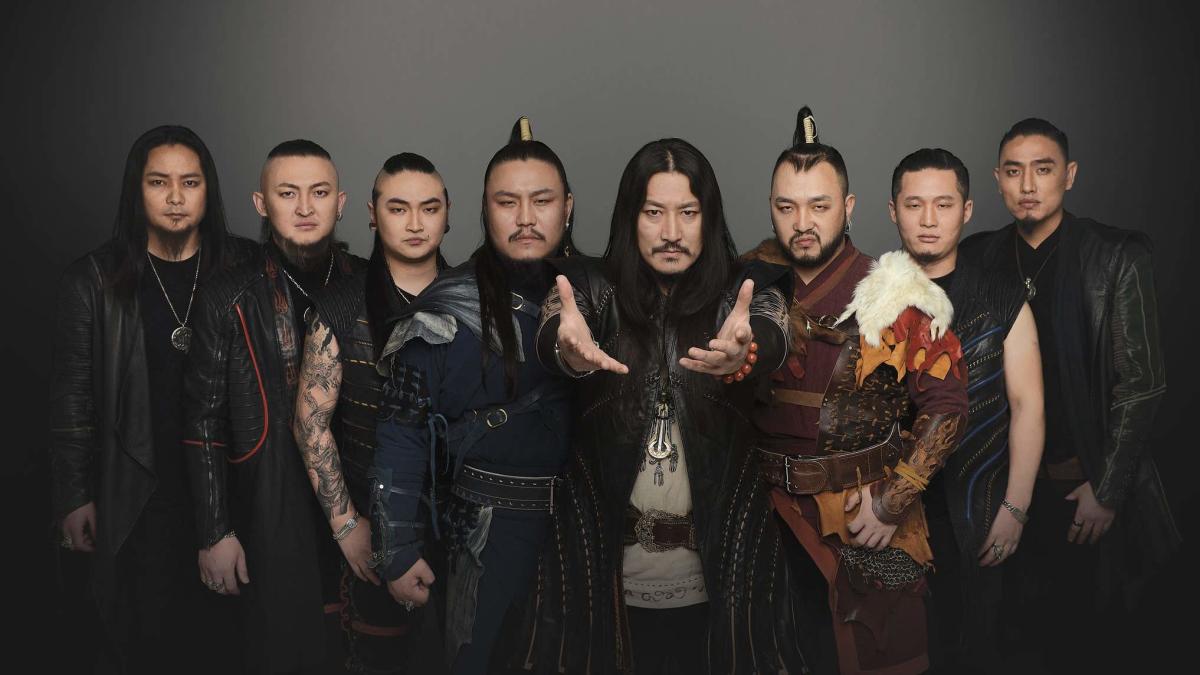 Mongolian folk metal band The Hu are the first group of the rock genre to receive the Unesco Artist for Peace award at a ceremony at its headquarters in Paris.

The director-general of Unesco, the UN’s cultural organization, first met the eight band members during a visit to Mongolia in August, where their musical style and ideas immediately resonated with the organization’s values ​​and work.

The Hu joins a long list of stars committed to bringing cultures together and supporting artistic creation, including Dame Shirley Bassey and Sarah Brightman.

With their music, The Hu address themes such as gender equality, respect for differences and the importance of nature conservation, as well as promoting language diversity by using endangered regional dialects.

Band frontman Gala said: “Mongolians have the utmost respect for our history, culture and language that was bequeathed to us thousands of years ago by our elders and ancestors.

“The goal and purpose of the Hu band is to first perform a unique genre of music that gives power and strength every time you hear it.

“Second, to show the world the Mongolian nomadic eco-conscious livelihood passed down generations ago, and to inspire others to live minimally and enjoy life to the fullest.

“Unesco’s award to The Hu of the Artist for Peace designation demonstrates their appreciation for cultural diversity and heritage pieces of great value to Mongolians.

“The collaboration between The Hu band and Unesco will create awareness for each culture that is distinguished by their unique heritage and core values, so we are excited to be part of a movement that has the potential to improve and change so many lives.”

The Unesco Artist for Peace recognizes The Hu’s role in promoting heritage and the group will become an ambassador for their programs and messages.

Audrey Azoulay, Director General of Unesco, said: “Traditional knowledge can teach us a lot, for example in appreciating the beauty and fragility of nature.

“This message is central to Hu’s songs and Unesco’s work.

“I am delighted that we can count on the voice of The Hu to share this belief on the global stage, using the power of music as a universal language, especially with young people, who will be the ones to put these values ​​into practice. bring. future.”

In recognition of their contribution to the promotion of Mongolian culture, members of The Hu also received the Certificate of Cultural Envoy of Mongolia in 2019 and the Order of Genghis Khan, the highest state award, in 2020.

The band will kick off their UK shows in Manchester on November 28, culminating on December 9 at London’s Roundhouse. They will also perform in Leeds, Nottingham, Cardiff, Birmingham, Dublin, Belfast and Glasgow.

The best way to close the wealth gap in America? Try marriage

Heartfelt message from the soldier of Battlefield to all Ukrainian mothers

Kim Jong Un needs to make more than 5,000 nuclear warheads to overtake the US