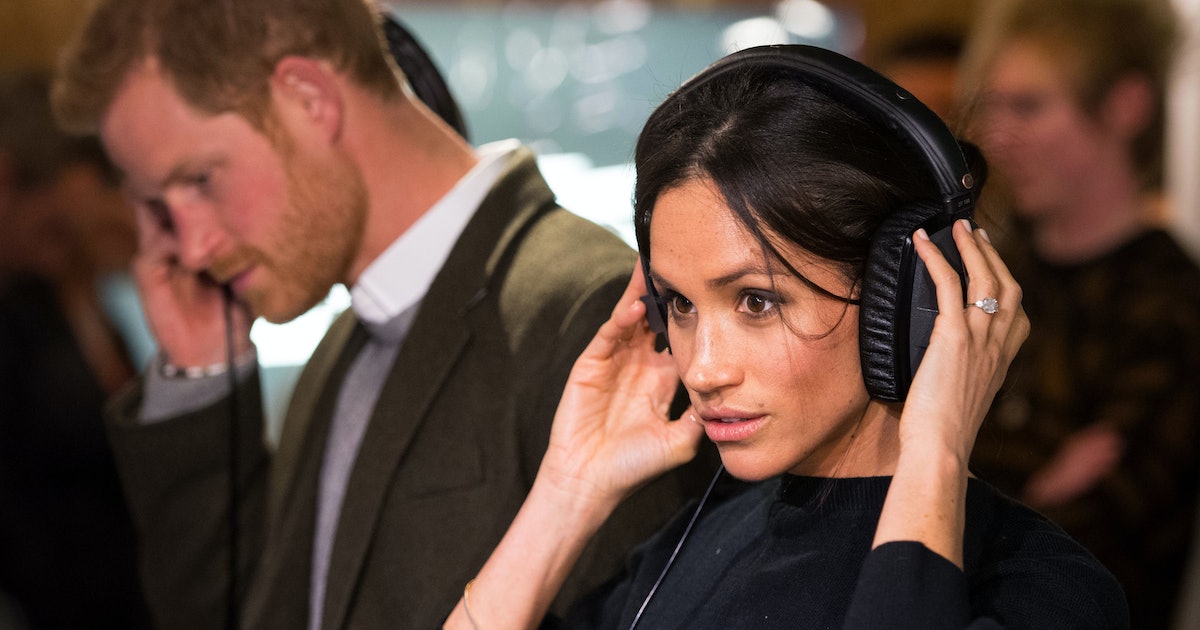 I have criticized Archetypes with Meghan in the past for Her Fabulous Duchessery Markle’s unwillingness as a podcast host to abandon the premise of dismantling said archetypes — be that “bimbo” or “bitch” or “diva” or “weird ugly loser” — in favor of allowing interesting conversations to flow naturally. I’ve also criticized her understanding of egalitarian feminism as just a whiff of “Freshman Introduction to Women’s Studies in the Year 1999.” The combination of these often results in hour-long episodes that only a royalist superfan could love by moonlight as an intrepid blogger. (It looks like the numbers match; according to the Daily maillast week’s release featuring Jameela Jamil currently ranks 77th on the US Spotify chart, followed by a collection of baby lullabies.)

Well, apparently Meghan read my critiques and decided to take my advice to go crazy with it (sorry, I know I’m not allowed to say that word), because there’s been a breakthrough on the Archetypes front cover: This week’s episode actually approaches what could be considered good.

On today’s show, Meghan takes it up an archetype inspired by a piece of art a friend gave her. The art, which stands in her sitting room, says: ‘Mankind. Be both.” I can’t find the exact artwork online, but there is one $380 Lingua Franca cashmere which carries the same message, which appears to have been scammed this Tahoe woman’s bumper sticker business. And so a theme is born: the penultimate episode of this season of Archetypes is titled “Man, Creature.”

Meghan begins the episode by interviewing some teenage girls after they crash volleyball practice at her alma mater, Immaculate Heart High School in Los Angeles. She asks them about their familiarity with certain archetypes. Of course they used to be called bitches. But one of the girls, a feminist hero (to me, at least), tells Meghan that she’s less familiar with the old term “bimbo.”

“The only time I’ve heard that in recent years is from self-proclaimed bimbos on TikTok,” the youngster said. Haha, same!

Then Meghan continues with a rather provocative interview with Candace Bushnell, the creator of the Sex and the city column in the New York Observer that was eventually chosen for television by Darren Star. If anyone can be held responsible for the media’s labeling of women, it’s her—but not so easily, says Bushnell. Her columns represented all kinds of women, and Star was the one who condensed all of New York into four types, forever brunching. Bushnell never scripted it Sex and the city because she had been told she “couldn’t do that sort of thing” and she wasn’t making much money selling her column to HBO. “I’m fine,” she says, but she’s angry.

This interview exceeded all my expectations, which previously consisted mainly of looking forward to Meghan saying the word “sex.” Meghan didn’t push for Bushnell to litigate over the different etymologies of “single woman of a certain age” or “good girl prepster” or “sexfiend publicist” or “Hey, it’s Che Diaz.” Instead, they discussed the limitations placed on her as a columnist—as opposed to being a “real” writer—and how creators are often traded for their ideas.

Meghan finally got it. For the first time I wanted a longer episode of Archetypes. And then… she tanked it all with another crazy poem. This one belonged to Amanda Gorman, sitting next to her, ready to perform. The kindest thing I can say about it is that it would have made a good poem if one of Meghan’s high school students had entered an English class poetry contest on the theme of “Human, being”:

A movement is brewing

We are the storm

Ain’t no road we take

Forged by a future that is feminine

And where is a woman

There is forever a way

It would eventually lose to a plagiarized take on one of Rupi Kaur’s Milk and honey poems with some words left out, but the English teacher would return it with the comment “So powerful #TheFutureIsFemale”, underlined twice at the top. Maybe it would even be third.

The 12 best tools to monitor system health on Linux