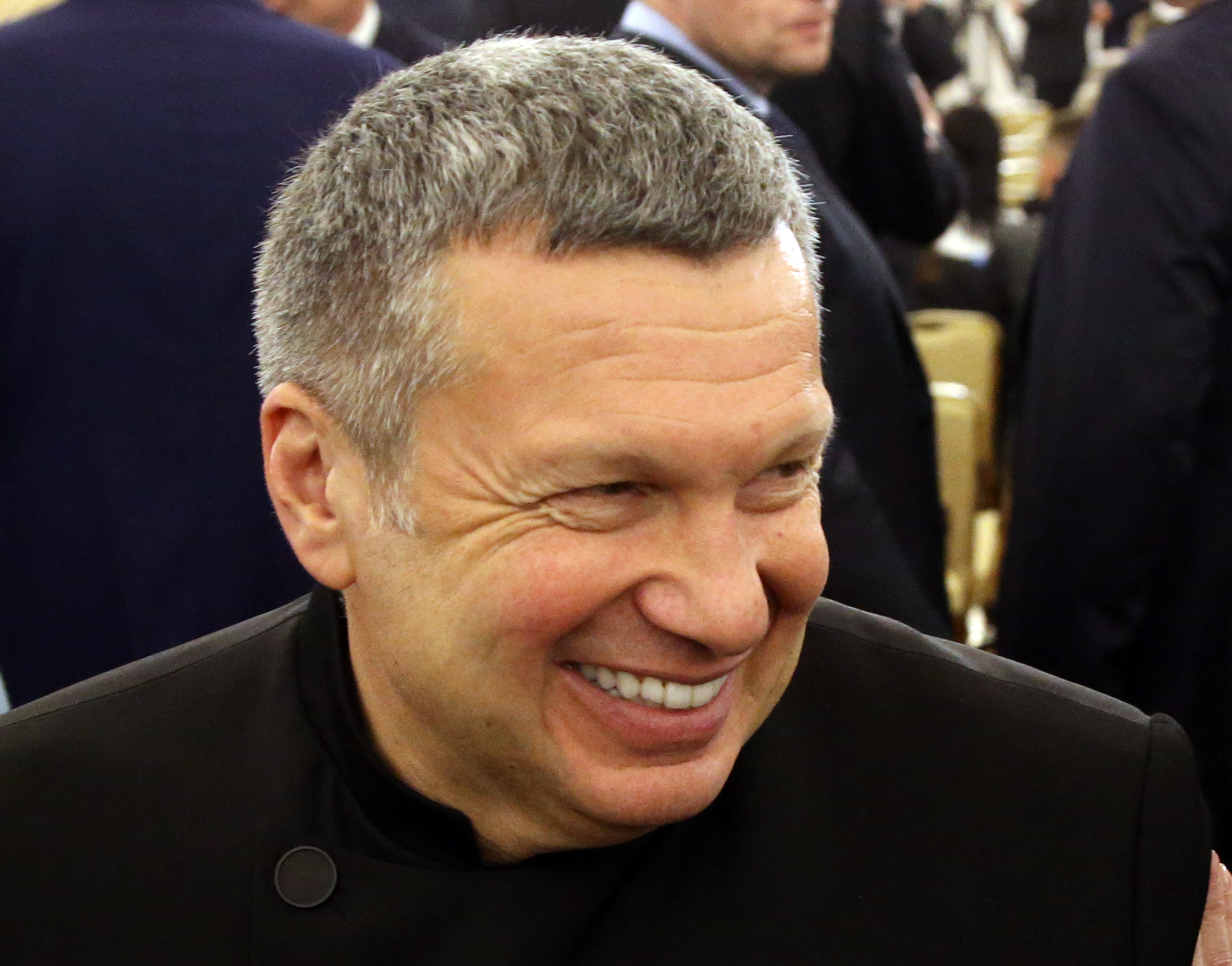 Kremlin propagandist Vladimir Solovyov has appealed to patriotism and condemned those who have left Russia since the invasion of Ukraine on his radio show, appearing to express the full range of emotions.

With a smile as he said he was “proud of my friends who fight,” Vladimir Putin’s ally described how he thought the current generation was softer than that of World War II, when soldiers went voluntarily to recruiting offices.

“First the Motherland said: ‘Son, I need you,’” said Solovyov, who was moved to tears by this thought.

He then spoke of the difficulties Russia faced during the war, including setbacks such as the withdrawal from Kherson.

“This is war. They are killing us,” he said.

“The Motherland is in danger. There is no greater courage and happiness for a man than to lay down his life for the Motherland for his comrades,” he said. “I believe many do not understand this, for them there is no better courage than to eat and drink until they get cirrhosis of the liver.”

He then contrasted his own experience with that of other wealthy Russians, saying that they would “croak in some beautiful villa near Lake Como … with little diamonds”.

“But I made my choice and it’s different,” Solovyov said, as if highlighting the “sacrifices” he made during the war.

He owned a villa in Loveno Sopra Maneggio, one of three properties he owned in Italy seized by authorities after imposing sanctions on Putin and his allies.

“You ran to Israel, to Georgia, to the Baltic States, Armenia, wherever. Did you run away from the war? You ran away from your motherland. Don’t you dare come back, you are servants of the Nazi regime,” he said. , referring to Moscow’s claim that its wartime goal was to “de-Nazify” Ukraine.

“You are the vomit of the Russian soil. There is no place for you in my motherland, you do not deserve it,” he added.

A clip of Solovyov’s radio show was tweeted by Russia watcher Julia Davis, who wrote, “Feast your eyes on Vladimir Solovyov, the man of constant sorrow: he cries, he sighs, he lies.

“He encourages Russians to die for the motherland and praises himself for his ‘choice’ to give up his Italian villa (it was confiscated and he was sanctioned, so the choice was made for him),” she wrote.

Solovyov has regularly made threats against Ukraine and the West on the television show he anchors, but recently faced a rare moment of dissent from panelist Yaakov Kedmi, an Israeli politician and diplomat.

Kedmi described Solvyov’s rhetoric to destroy Kiev and “wipe Kharkiv off the face of the earth” as “obscene”.

“It is criminal to bomb peaceful cities,” he said.

Who is Snowstorm on ‘The Masked Singer’? Comedian revealed ahead of finale

RSPCA ‘begs’ people not to dump their pets this winter

Upollo wants to stop sharing accounts and repeat free trials. Here’s an exclusive look at the pitch deck used to raise $2.75 million in seed funding from Index Ventures and others.