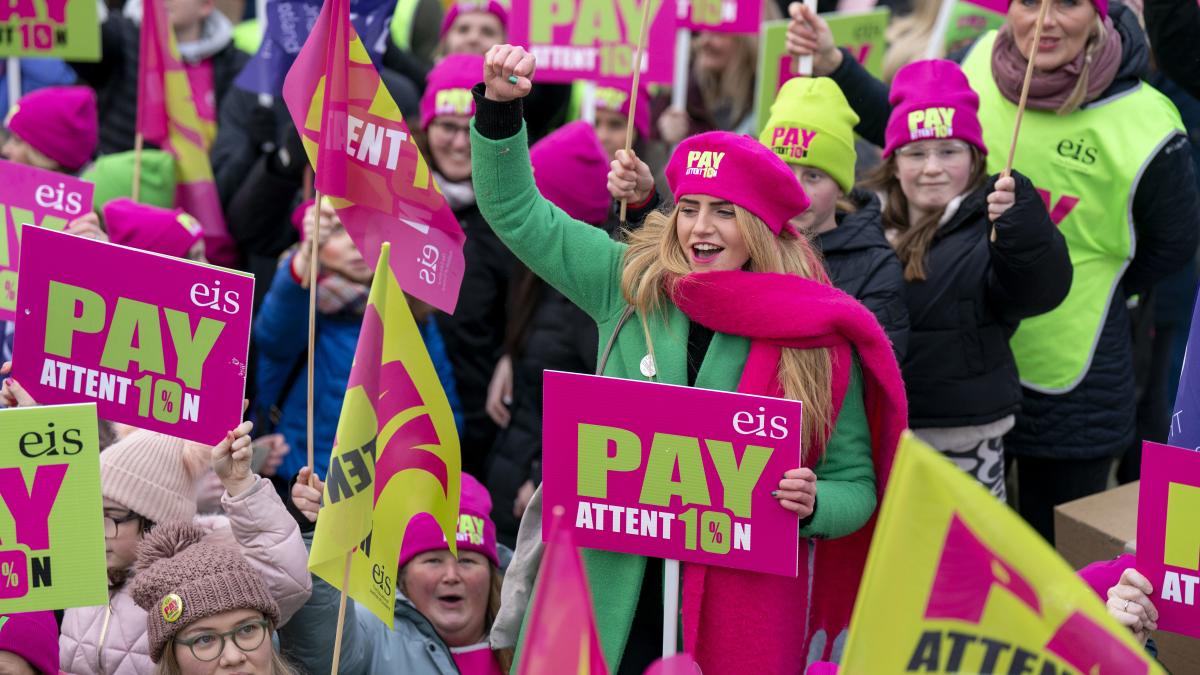 Scotland’s largest education union has announced dates for further strikes in an escalation of clashes with the Scottish government and councils.

The Educational Institute of Scotland (EIS) said action will take place for 16 consecutive days in January and February, with teachers from two local authorities walking out each day.

The promotion starts – unless a deal is reached before then – on January 16 and lasts until February 6.

General Secretary Andrea Bradley praised the teachers who took part in the first strike on Thursday and said they were angry at the behavior of the Scottish Government and local authority Cosla in presenting their latest offer.

“We can also now confirm that teachers in Scotland will strike on 16 consecutive days in January and February, with teachers in two local authorities striking on each of those 16 days.

“We have been forced to escalate this action by the lack of willingness to negotiate properly and pay teachers properly, by a government that says it wants to be judged on its track record in education.

“The judgment of Scottish teachers on the issue of pay is clear, with the first program of national strike action we have participated in in four decades.

“It is now up to the Scottish Government and Cosla to resolve this dispute and prevent further strike action by returning to the negotiating table with a significantly improved salary offer for all education professionals in Scotland.”

The Scottish government submitted a pay proposal for teachers earlier this week, which was summarily rejected by the unions.

The government has insisted it is out of cash for wage offers, with Scotland’s Education Minister Shirley-Anne Somerville saying any increase in funding would have to come from elsewhere in the budget.

The EIS insists on an increase of at least 10%.

Scottish Labor education spokesman Michael Marra said the announcement of further dates was “inevitable” following the rejection of the previous bid and called on Nicola Sturgeon to take part in the negotiations.

“That offer had been on the cabinet secretary’s desk for weeks and was signed just hours to go before the first large-scale teachers’ strike in 40 years,” he said.

“The Scottish Government has seriously mishandled the most critical round of government wage negotiations in decades.

“At the beginning of the budget year, there should have been money in the budget for public sector wage agreements. Instead, we now have a crisis that is rapidly escalating.

“A deal needs to be made to prevent these strikes from happening.

“The prime minister must come to the negotiating table in person to secure a deal that the government has so far failed miserably at.”

“Shirley-Anne Somerville slept behind the wheel,” he said.

“She hesitated and delayed for two months before finally making another wage proposal earlier this week, which was then rejected within an hour.

“The education secretary has shown that she does not have the leadership needed to resolve disputes satisfactorily.

“The SNP’s dereliction of duty is a lie to their claim that education is a priority.

“They didn’t go along with the education unions despite knowing that this crisis was coming. This is a shocking failure that threatens to have damaging consequences for students and enormous inconvenience for parents.”

Education Minister Ms Somerville said: “It is very disappointing that MI has rejected the latest offer, which is fair and progressive and mirrors the deal accepted by other local government employees.

“The latest bid – the fourth to have gone to the unions – would have seen a cumulative 21.8% teacher salary increase since 2018. The starting salary for a fully qualified teacher would be £35,600. That’s £7,650 more than their England counterparts.

“It is simply prohibitively expensive to get a 10% raise that unions are asking for within the set budget that the Scottish Government works with.

“I recognize the strong feelings within the unions, but they also need to recognize that the Scottish Government’s budget is fixed and already committed. any new money for teacher salaries should come from elsewhere in education.