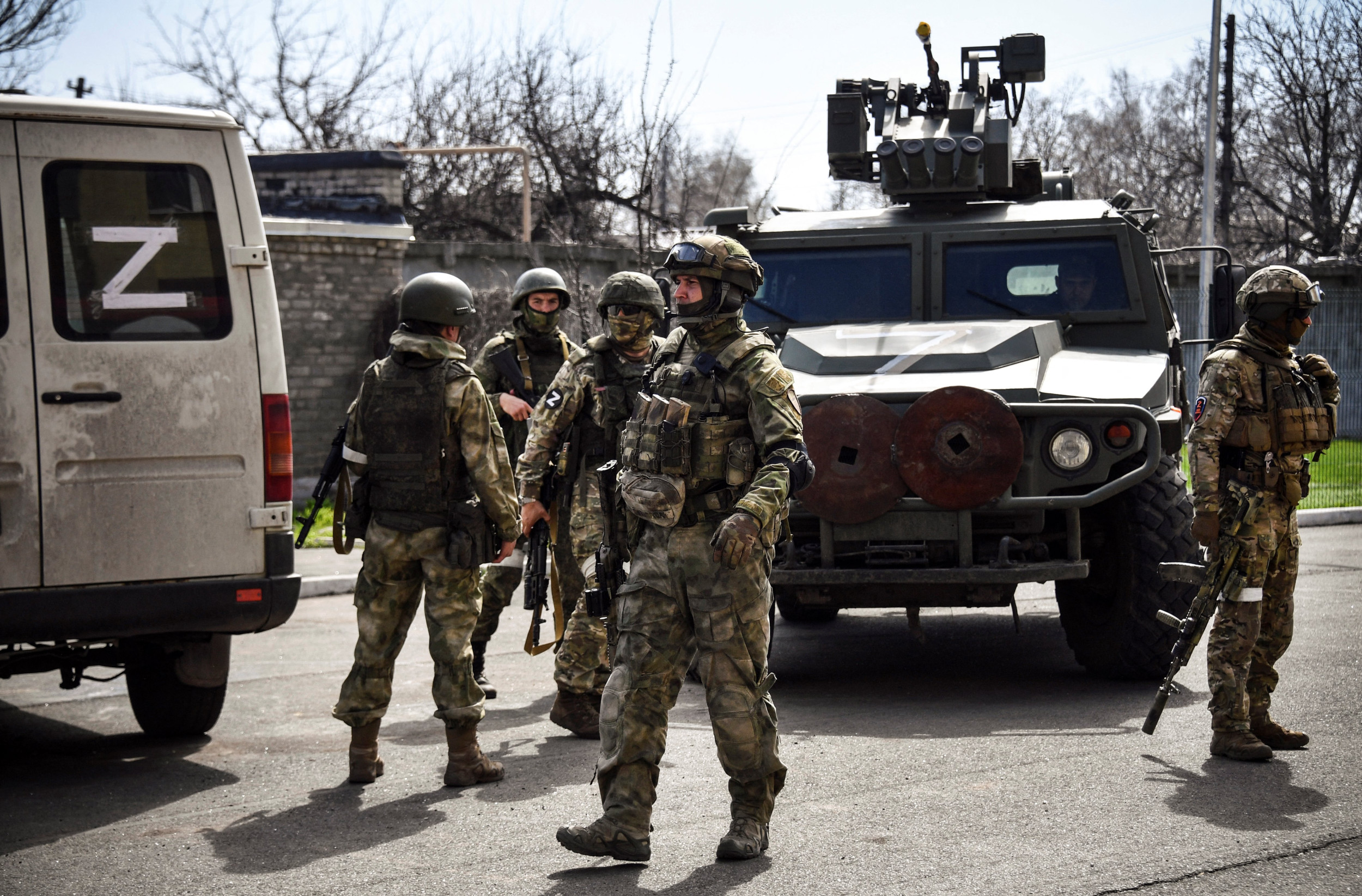 A video circulating on social media shows what appears to be a Russian howitzer weapon being destroyed by an attack by Ukrainian forces.

The clip shows Russin soldiers fleeing the area before an artillery shell from the Excalibur, a high-precision GPS-guided munition, destroys the Howitzer hidden in the trees.

The Twitter account Ukraine Weapons Tracker posted the video on Friday and it has been viewed so far more than 80,000 times.

The page captioned the video: “A Russian Msta-B 152mm towed howitzer was destroyed by a Ukrainian Army M982 Excalibur on the left bank of the Dnipro River, #Kherson Oblast.”

Soldiers can be seen fleeing before the attack on the Russian towed howitzer. Also, a truck that was nearby has been seen to quickly leave the area.

After the howitzer hits, a large plume of smoke rises from the trees as the truck begins to pull away.

However, News week has not been able to independently verify where and when the video was shot.

According to a Sept Telegraph report, the M982 Excalibur weapon was given to Ukrainian forces by the US, with the hardware considered to be one of the most accurate artillery shells.

Before firing, the Excalibur’s digital fire control system is programmed with the exact coordinates of the intended target.

Once fired from an artillery gun, folded fins are extended from the base of the shell into a nose compartment. This allows it to glide towards its target.

The Defense of Ukraine Twitter page also shared a video of a tank being destroyed.

“Security is a slippery term for the occupiers in Ukraine,” the caption read.

“There are no safe places for them in Ukraine.”

The video shows an area view of a field that appears to have been repeatedly hit by shells. It then zooms in on a tank that was recently hit.

It is not clear whether it was hit by a mine in the road or an artillery attack.

The video then shows soldiers scrambling on top of and around the tank. A few seconds later, an explosion and a cloud of smoke can be seen.

At least two soldiers can be seen fleeing the area after the explosion.

News week has contacted the Russian Foreign Ministry for comment.

AOC blames inflation on “monopoly power,” from ticketmaster to grocery